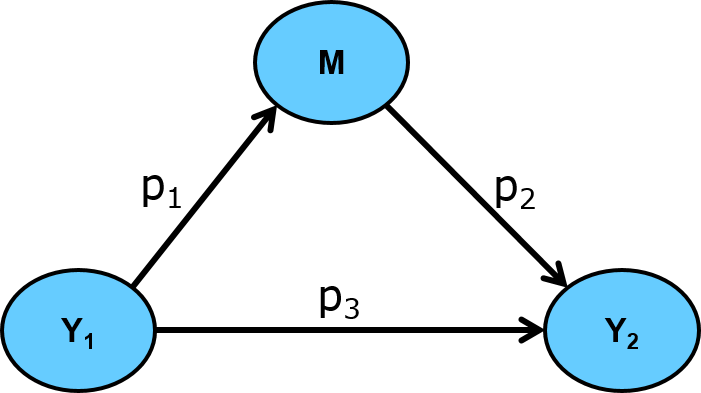 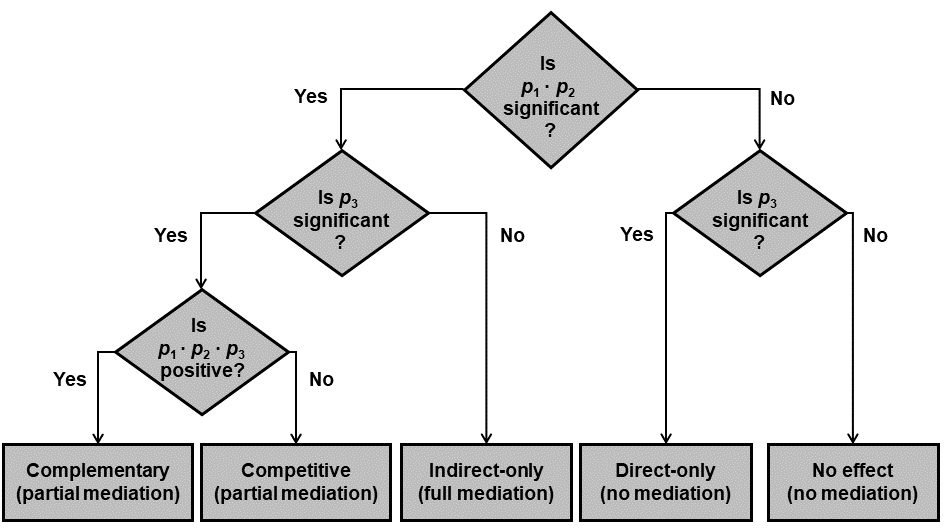 As a result, the researcher decides with regards to the indirect effect, if mediation and what kind of mediation occurs.

Researchers also can apply the model to situations with multiple mediators as shown in the following figure:

In this figure, constructs M1​ and M2​ mediate in parallel the relationship between constructs Y1​ and Y2​. In case of an additional relationship from construct M1​ to M2​ in that figure, we would describe the situation as serial mediation (i.e, mediator M2​ follows M1​).

When considering multiple mediators, the researcher shall analyze the model that includes all relevant mediators at the same time (as, for example, shown in the above figure). For such a mediator model, one can use the before described analysis procedure as suggested by Hair et al. (2017) and Zhao et al. (2010). It also allows in a multi mediator model to analyze the total indirect effect (p1​⋅p2​+p4​⋅p5​) for the total mediation via both mediators M1​ and M2​. Alternatively, the researcher can use the procedure to analyze the specific indirect effects per mediator variable (i.e., p1​⋅p2​ for the M1​ mediator and p4​⋅p5​ for the M2​ mediator).

SmartPLS supports to model and analyze mediators. The following model shows the corporate reputation model example. CUSA mediates the relationships between COMP and CUSL as well as LIKE and CUSL. 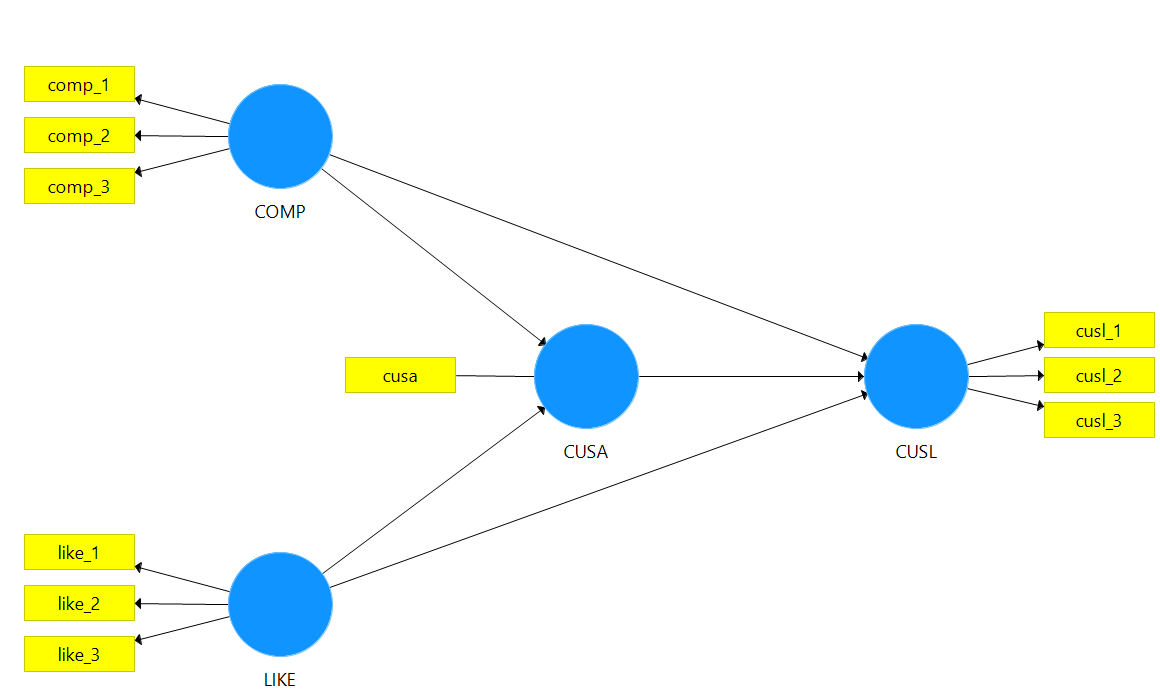 In SmartPLS, the results of the PLS-SEM algorithm and the bootstrap procedure include the direct, the total indirect effect, the specific indirect effects, and the total effect. These outcomes, which are available in the SmartPLS results reports, permit conducting a mediator analysis (e.g., as suggested by Hair et al. 2017). Note that the SmartPLS results allow analyzing both single and multiple mediation models (i.e., parallel and serial mediation).

Please always cite the use of SmartPLS!